One of the (many) treasures living in Tucson, Arizona is the weather. For 9 months of the year, it is perfect: warm, sunny, little need for sweaters. Scarves are more a fashion accessory than a temperature-related necessity, and to be honest, most of the time I like it that way. But the summer is HOT. Yes, it is true, it’s a dry heat. I learned when we went to New Orleans that there is a huge difference, although I’m still trying to figure out whether my body prefers arid or humid.

BUT. But. During the summer, usually in July, come the monsoons. You read it right–monsoons. True, we’re in a desert, but due to the shifting wind flow in the summer months, the high daytime temperatures, and something about subtropical high pressure cells all combine to give us some blessings during the summer heat: monsoon thunderstorms.


These thunderstorms are not only awesome (in every sense of the word) because they give us a refreshing afternoon rain. They’re also awesome because they make the desert air smell brilliant. During storms, a local plant called creosote emits a unique odor.* It is one of my all-time favorite smells. Whenever I’m in a new city, I always keep tabs on how it smells during and after a rain–so far, nowhere else in the world smells as neat as Tucson.

Anyway, we had our first monsoon the other day. Officially, monsoon season started last week, which actually seems a little earlier than normal, but whatever, I’ll take it. My favorite image during a monsoon is of the dark clouds contrasting sharply with the terra cotta and pinks of the stucco on buildings. I spent the afternoon cleaning and organizing my stuff (only 2.5 weeks until big departure!), and making sure our anxiety-ridden dog didn’t freak out. Here she is relaxing before the thunder claps got too close: 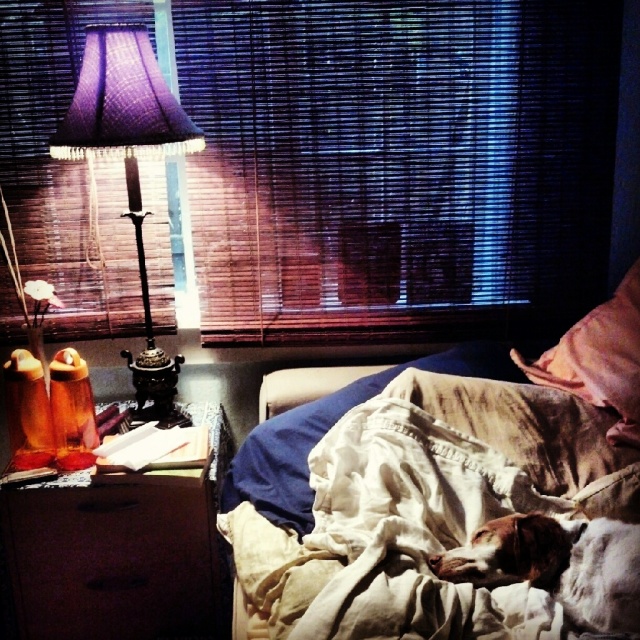 And sometimes, this is what happens after the storm:

*This is, ya know, desert-y stuff you learn from growing up in a place like this. I thought knowing all the different varieties of cacti and desert animals was totally normal until cousins from Jersey visited when I was a kid. For the record, it’s pronounced “heel-ah” monster…

Ever experienced a monsoon? What’s your favorite part? And what does your town smell like in the rain?

4 thoughts on “The Magic of Monsoons”