By some act of literary coincidence, Dresden made an appearance in two of the books I read this year: Slaughterhouse Five, by Kurt Vonnegut (finally) and Extremely Loud and Incredibly Close, by Jonathan Safran Foer.

That, plus a friend’s rave review of the city, and the fact that it was on my way to Berlin–where I’d fly back to the US from–all made it a perfect storm of reasons to visit.

I’m glad I did. Although I didn’t make it to the old site of the slaughterhouse where Vonnegut himself had been held during WWII, I did explore a bit of the city. Over a couple days, I:

Out of all of those things, though, I think my favorite was just exploring the city in the snow.

So, for this desert girl, here are some of my favorite snowy pics from Saxony. 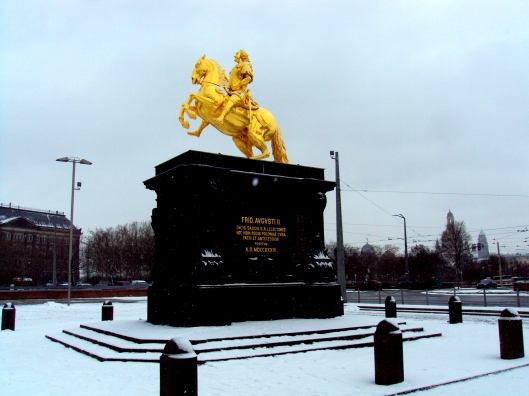 The Golden Horseman is August the Strong, an elector of Saxony, duke of Lithuania and king of Poland in the 18th century. 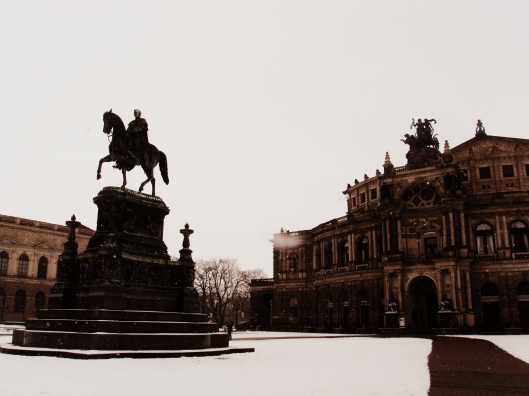 Another rider in front of the opera house in Dresden 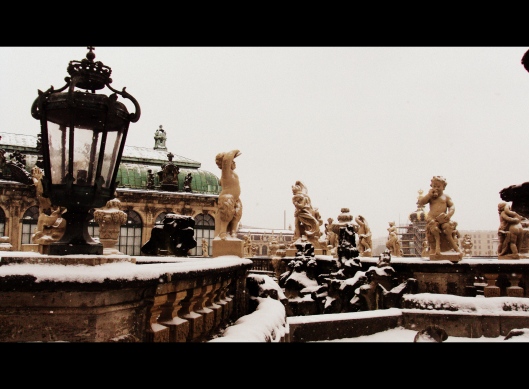 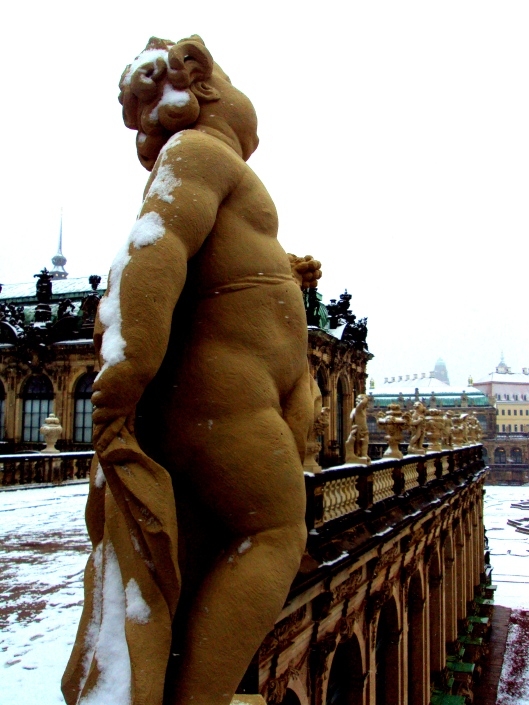 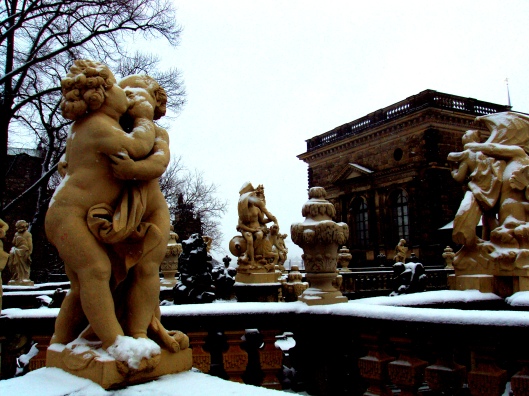 They were really so photogenic. 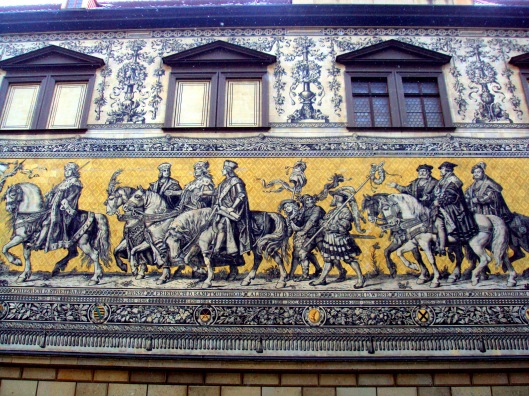 Porcelain tiles depicting a procession of princes, or Fürstenzug, is 335 ft. long and completed in 1876.

I can see how this city would be beautiful to visit during warmer months. Hopefully I’ll be able to return someday.

2 thoughts on “A Snowy Walk in Dresden: A (Short) Photo Essay”